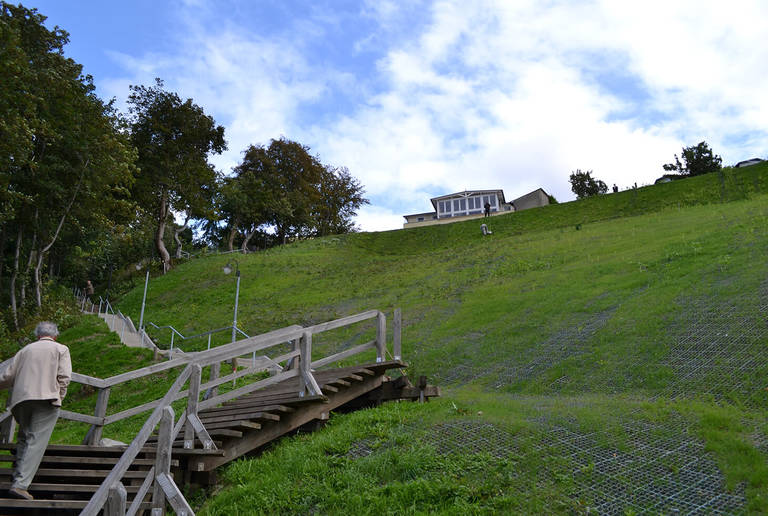 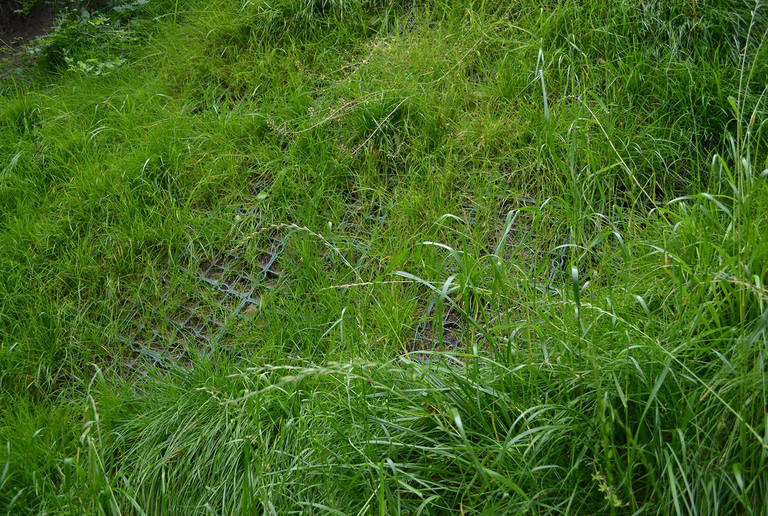 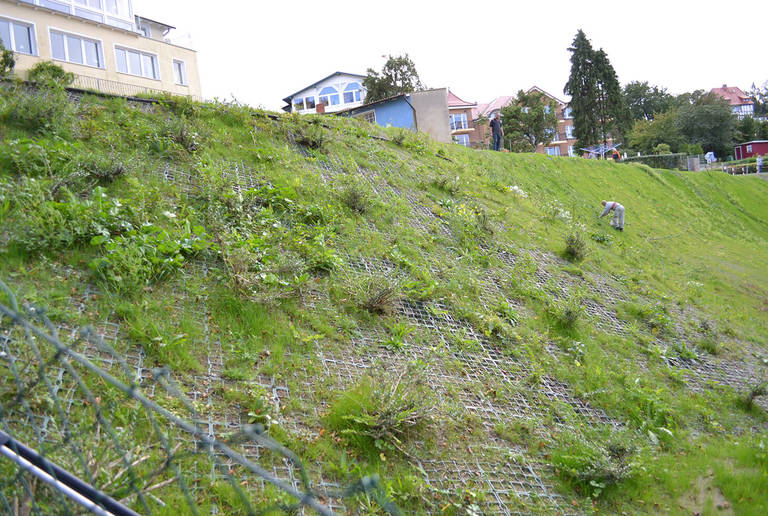 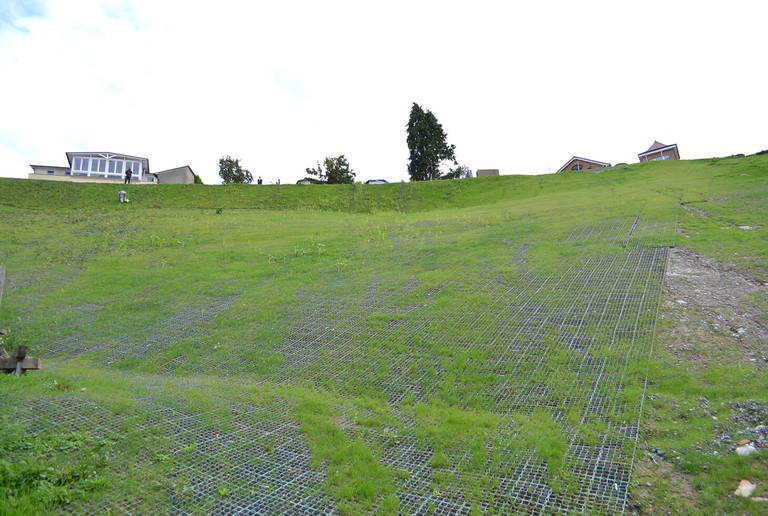 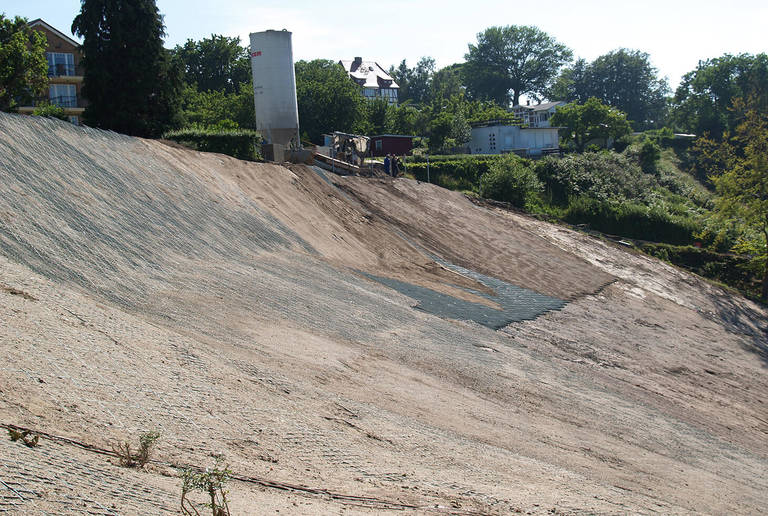 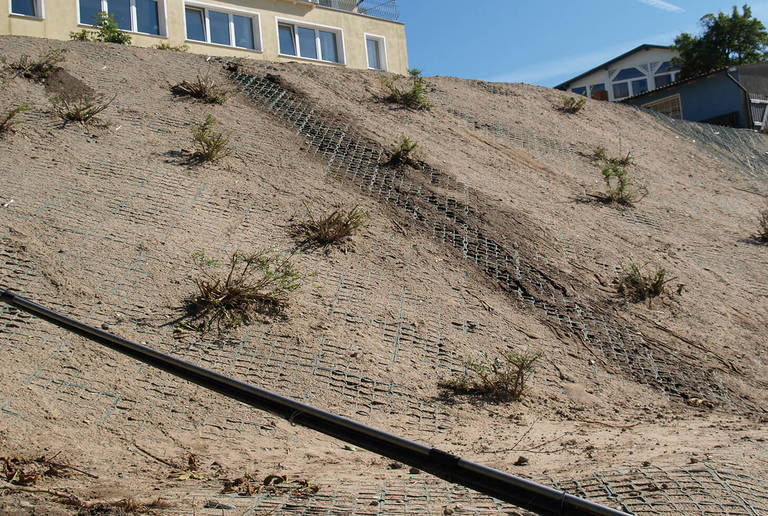 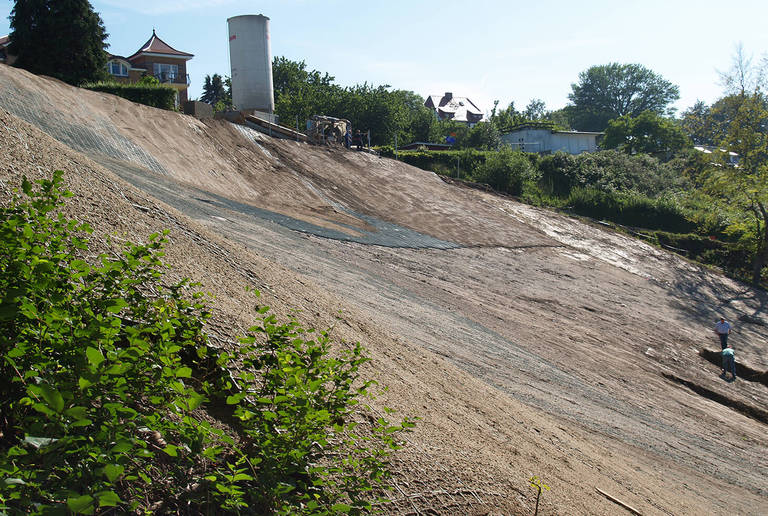 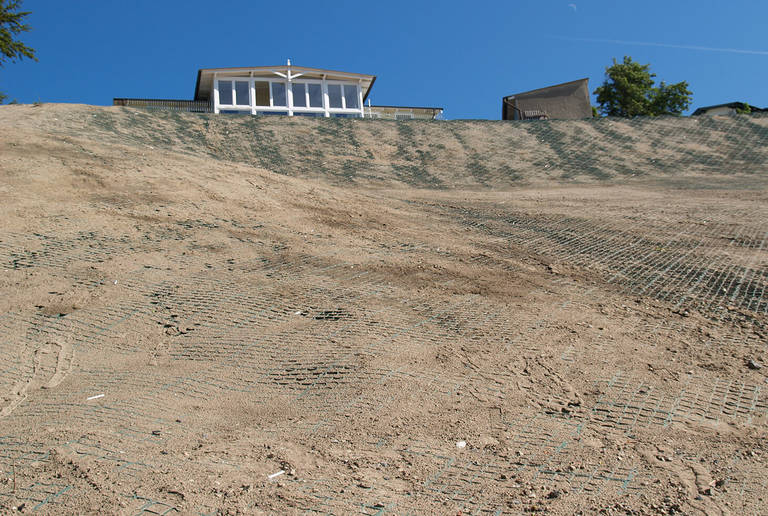 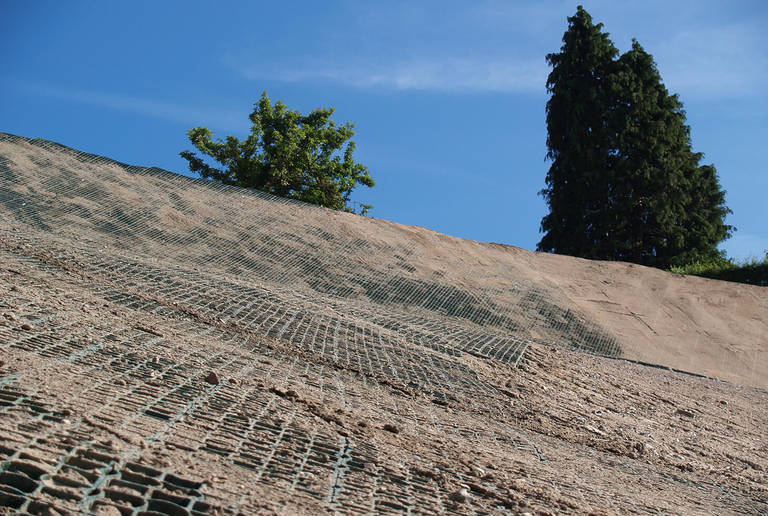 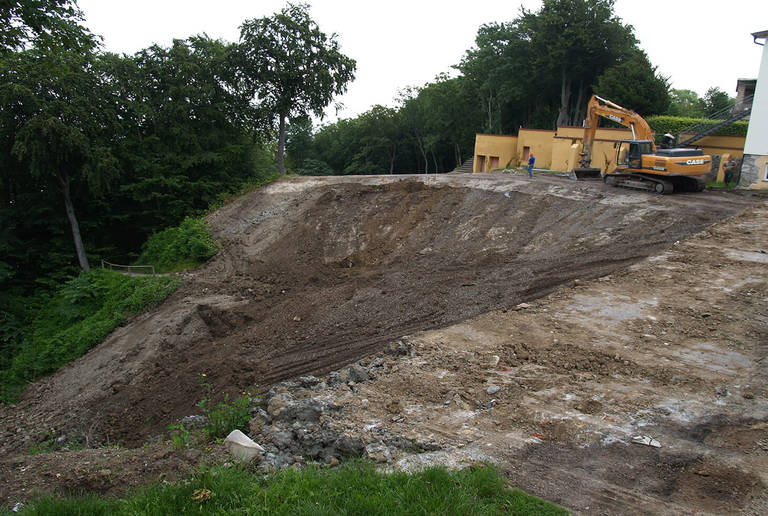 Main issue:
In March 2005, the coastal area at the Western side of the municipality of Lohme on the island of Rügen (Germany), was eroded, affecting more than 100,000 m³ of material. Hydro-geological tests before 2008 showed that large quantities of ground water accumulated in the ground layers with low permeability, which then caused the landslides due to a loss of stability in the front part of the slope.

Solution and implementation:
Between 2009 and 2010, a slope toe drainage project was planned and implemented with funding by the state of Mecklenburg-Western Pomerania. Using horizontal slope drainage systems of up to 56 m in length, the groundwater level was lowered by up to 4.5 meters in order to increase the stability of the entire slope. In addition, the PURUS ECORASTER system E50 for plantable ground and surface stabilization was used as ancillary measure to reinforce the slope. Finally, the system was secured using ground nails of up to 1 meter in length (specification: 1 ground nail per m²) to give additional stability until permanent vegetation (hydroseeding) was established.

Products used for this project